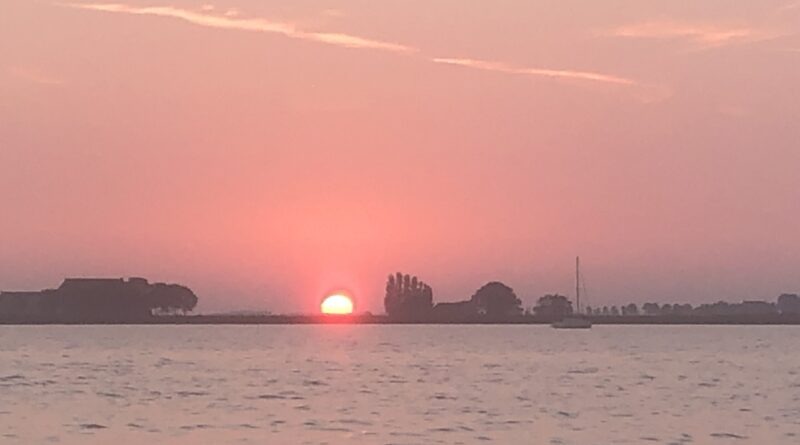 After the COVID-19 pandemic broke out in March and the whole of the Netherlands started working from home where possible, the end is far from in sight. The economy, which is still being kept afloat with massive support from the government, will eventually suffer a severe setback. My contract was not extended, so I went sailing in mid-May, as shown in my two previous blogs.

By now I have been back in the Netherlands for quite some time and especially of course in Friesland where my roots lie. It is now 22 September, I am on my way back and behind anchor on the Reede van Marken. I had discovered that I had never been to Marken with the Asmara, so I’ll have to do that sometime, soon I’ll be sailing into Marken. Tomorrow I have an appointment in Volendam with an old colleague from my office, whom I haven’t seen for 10 years now, so tomorrow I will enter Volendam.

Because I didn’t make a long trip this year, I had a lot of time to lie down somewhere for a week. In Friesland, on a Marrekrite, this is a demarcated mooring on an island or meadow, sometimes with a dirty container, but no other facilities. The advantage is that you lie quietly in the middle of nature, the disadvantage is that it is usually not on the public road, so cycling or walking is limited.

Mice
I noticed this summer that Simba did not catch a single mouse. Normally at the first berth, usually in Friesland, she immediately caught a mouse, and that went on all summer long. They were often little mice, but in one summer she easily reached 15. Now, since my departure in May a week ago, she has caught the first mouse, an adult mouse. Where have all these mice gone? The starlings cloud from my earlier blog was also very early in the year, normally it has something to do with hunger and this happens in the autumn.

Flies
Furthermore, this year, more than any other, I have suffered from common black flies. If you had slapped 20 of them to death, 20 new ones would have come in. Highly annoying, I sit on everything and shit all the time, my curtains are full of those little spots, I hope that will come out with washing. They just sit on your screen and make love to your nose in order to keep their offspring up to standard. Simba has stopped catching them a long time ago.

Blackberries
On the Fluessen in Friesland is a lovely island (Nije Kruspole) where you can lie sheltered from all winds, you can take a nice walk, there is a waste container and above all it is full of blackberry bushes and rose bushes. Last year in September I picked a lot of them and made two kinds of jam. This year I went to stretch my legs every morning and picked enough blackberries for a meal with yoghurt.

After Volendam I return via Amsterdam and Haarlem on the western ring canal. 24/9 Haarlem – 26/9 Lisse – 30/9 1st beer in Stamkroeg Warmond – 1/10 Leiden Pick up herring and white bread and Hutspot. Strongly reduced 3 October celebrations due to covid-19, where a second pandemic wave is developing, especially in this region. – 4/10 Winter harbour Jonkman Sassenheim

That beautiful summer is now really over, I am closing this blog in the hope that we will all stick to the covid-19 measures that are imposed on us, only together will we get through it. In the video an ancient Dutch song is used, singing It’s all over again that beautiful summer 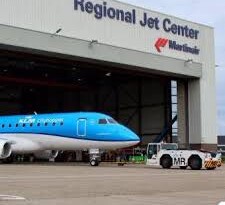 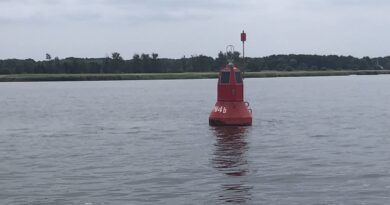