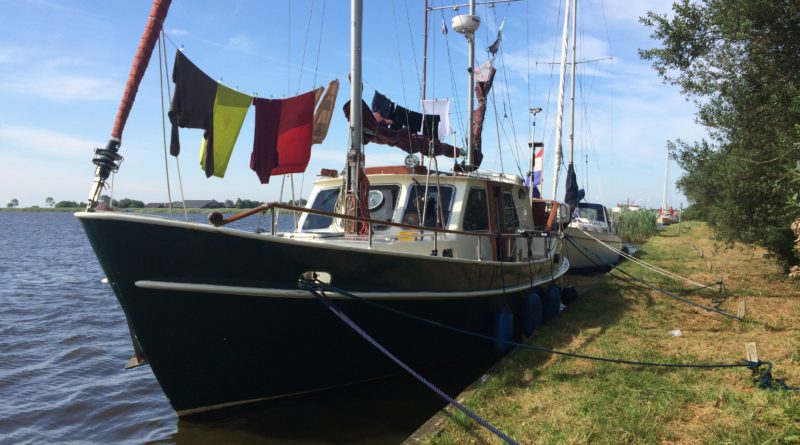 A houseboat is fixed to the shore and cannot sail independently, is usually rectangular and connected to utilities.
A houseboat, a ship on which you can live generously and which can also be moved, although the latter is not the primary feature.
A sailing ship (and I mean cabin ships) is a ship intended to move from a to b, using the elements, usually wind. This is therefore the primary feature and also the most economical way to travel. It is also possible to spend the night on board. This secondary feature can vary from very sober to extremely luxurious, depending on size and your wallet, without detracting from the primary sailing characteristics.

Now the Asmara (48 years old) is somewhere in the middle of all this. It is not a houseboat but is in the middle between a houseboat and a sailing ship. It is not a spacious boat to live on, but it is manageable for one person.
Originally, the Asmara was built in 1973 with serial number 1 as a recreational motor boat at the then Bloemsma shipyard in Makkum, Friesland. With a wooden backmast with support sail. A round bilge without keel. Depth 1.25 mtr. Displacement 18 tons.
One of the previous owners has decided to make a motorsailor of it by placing two aluminium masts, a mainmast of 12 mtr. in front and a mizzenmast of 7 mtr. behind.
The illusion that he would be able to sail with it was completely lost on him before his investment, despite the three sails of a total of 48 m2. (Was 35 m2)
Because of the lack of a keel, too little sail area and a too small rudder, the Asmara does not sail at all.

As a living ship I have equipped the Asmara with a modern Mastervolt electricity system with 600AH batteries divided over two groups, a whisper generator of 3.5 Kva, solar panels, a windmill, a modern navigation system from Raymarine with remote control and an electric anchor winch with remote control. Enough comfort in that area.
The biggest problem, however, is the lack of space, due to the fact that we have been living on the ship permanently for 12 years. Everything has to be on board.
So when you are sailing on big water with the necessary wind and ergo waves, all these things start to lead a life of their own. 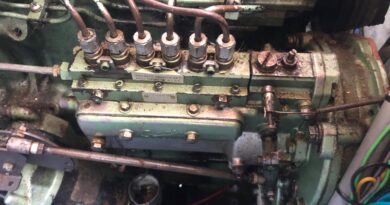